I’m always reading and looking for ways to improve as a teacher and one thing that’s bothered me for a long time is that I see so many people, myself included, walking around in extension.

Which is to say, the knees locked, the abs, ahem relaxed, the lower back in a sway position and the shoulders pulled too far back. It’s called “coaches’ posture” or “coaches’ butt” and it’s not a compliment. Watch any football game, take a look at the coach and you’ll see it right away. 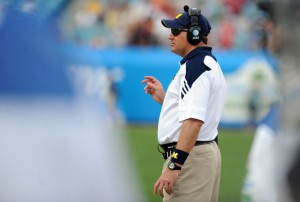 Now you won’t be able to unsee it and you’ll start noticing it everywhere.

First off, it’s a great set up for lower back injury. That sway position tends to make the lower back angry due to the excessive arch along with the increased workload. It’s also a great way to deactivate the abs as an effective stabilizer, which can also lead to injury, and well, it also doesn’t look good when those muscles go on permanent vacation.

I’m not a fan of articles about “trouble spots”. This is a systemic fix and fits into the overall context of training for ability.

When we see an attractive, fit person, what we’re seeing is someone who’s physically capable. Which is to say, if you train to be capable, then you’ll end up training to look good. If you train just to look good (“tighten and tone XYZ area in isolation from everything else!”) without being capable you’ll end up going around in circles and getting neither. Dial it it. Feel what you’re doing. Train to be capable. 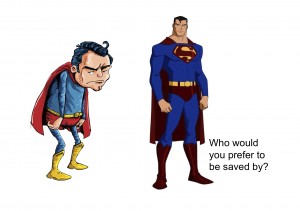 And yes, good posture is not only looks very attractive, it can have literally change your life. Carrying yourself in super hero posture reduces stress hormones, increase hormones associated with well being, and helps you breathe more easily, meaning you’ll have more available oxygen and feel even better.

Never thought much about it before? Check out  Amy Cuddy’s TED Talk.

Because, yeah, it’s kind of important.

In my classes I use flexion as a way to release that excessive arch, especially if we do several movements in a row that put load on the back. This was a start and now no one complains about back pain, but that didn’t seem like it was enough. So I had this thought that wasn’t fully articulated and that wouldn’t go away.

Then Mike Robertson posted this article. Mike is one of those people who makes an observation, comes up with a systematic approach to fixing it, and then we’re all the better for it.

The main takeaways are that:

One: many people tend to stay in that arched/sway posture and can’t get out of it. Mike’s approach is to emphasize reaching. Which is to say, not just finishing a press, when the elbows straighten, but to continue to press so that the upper back ends up rounding a bit. This applies especially to horizontal presses like push ups.

Two: rounding the lower back and engaging the abs is a key element to a balancing the midsection when performing movements like The Bear to reverse excessive sway. You don’t want to live in a weird tucked under position, but you definitely want to fix the sway.

Side Note: I hate the word “core” because that’s synonymous with late night infomercials and thirty day plank challenges to be completed while also doing lemon juice cleanses.

So, I use the word “midsection” because it’s a less loaded term.

Are the muscles around the front, back and side balanced and working well together? There’s no one single magical muscle group. Is the workload shared and not just piled onto one area? That’s the real question and addressing the sway that sway is a big part of the picture.

The Bear is a great fix. I’ve also applied these principles to the Pallof Hold and found that to be a winner as well.

So that made sense, and those were some key pieces. But there was more.

The other aspect of this is a lack of development of the muscles around the scapula and along the spine. And let’s face it, a strong back is damn sexy, so this problem needs solving!

Earlier I mentioned how posture can change your life for the better. Well, one way to make that happen without even having to think about it is to build up the muscles that reinforce good posture. Without them, it’s a losing battle. 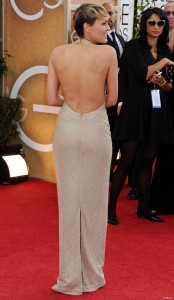 We all have different body types. The big thing is that I want you to be aware of how your training is going to benefit you in the long term, whatever your starting point may be.

This being summer, because we aren’t wearing heavy layers, it’s hard for me to not notice posture and muscular development.

Anyhow, the other day I was sitting in a coffee shop and it was glaringly obvious that most people have a pronounced lack of development around the scapula and along the spine.

Heck, my progress pics show that I’ve got to work on that as well and I strength train three times per week. So this annoys me! (Those might come out after I’ve had several months of corrective work.)

This was in Oakley, which means we’re looking at one of the more physically active and fit neighborhoods in Cincinnati. So, let’s assume that while there are differences in training style, there are still some things in common. One of which is the ubiquitous cue, “shoulders down and back”. 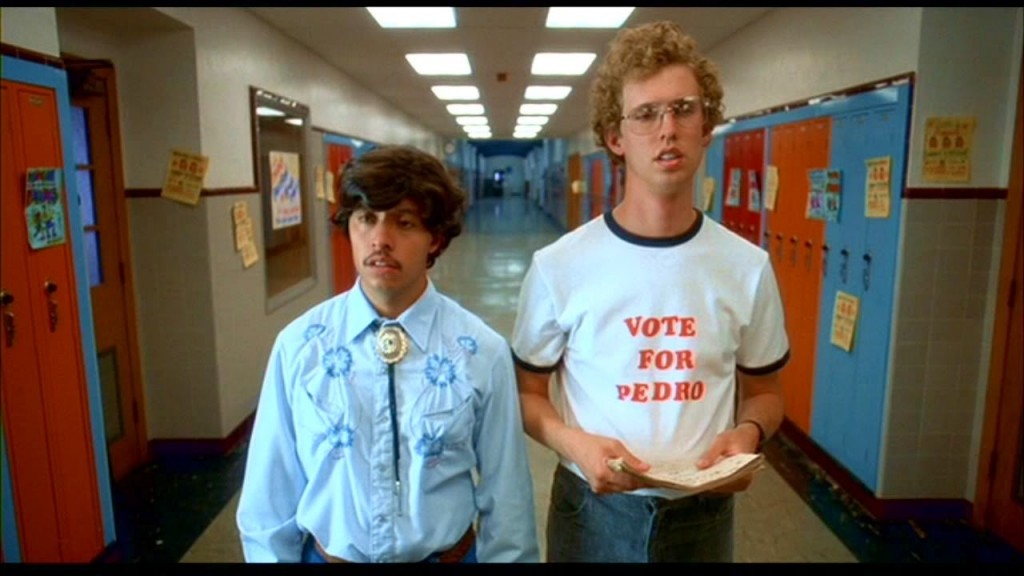 Apparently we’ve all been listening too well.

Personally, I don’t like what it’s been doing. So, I began looking for ways to engage those mid back muscles while also fixing that excessive sway. Emphasizing the back line of the body is a key element for how I train my clients and myself, so this really made me pause and reflect on my approach.

I liked what I read from Mike Robertson and I wanted to apply this to other overall strength movements as well.

At the end of a recent workout I was doing farmer walks and wanted to make sure that I was reinforcing the posture that I actually wanted. So I backed off a little on the weights, came up tall with the shoulders wide, forward and up (but not up by my ears) and my back not in a sway position and I have to tell you, those mid back muscles lit up like the 4th of July! 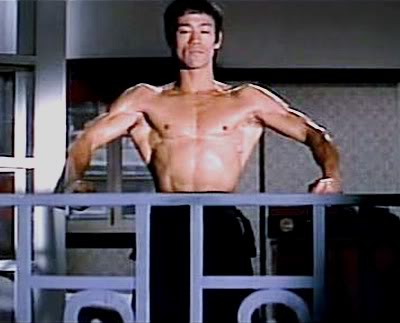 I call it The Bruce Lee Lat Spread (BLLS) because almost everyone has seen some iteration of this iconic image and because it’s easy to feel everything working when you imitate that posture.

Then I tried it with Romanian deadlifts, rows, and presses, using the BLLS. All of these felt better and I could feel the muscles that had been largely dormant getting some solid work.

Even as I’m writing this, I can feel the work I’ve done. My lower back feels better, my neck is carrying less tension, and yes, being aware of my mid back and bringing it up to speed feels really good.

Because, well, a good back is a good thing to have.

So a few places to start applying these lessons to your own training:

Replace crunches, sit ups, and especially planks with The Bear and Pallof Holds (using that extra push at the shoulders and slight tuck at the hips).

And begin to apply both lessons (Mike’s and the BLLS) to weights by doing farmer walks using the Bruce Lee Lat Spread and making sure to take the extra sway out of your lower back. Go heavy enough that it’s a challenge, but light enough to still allow you to maintain a smooth gate.

I like farmer walks as a finisher at the end of my workouts. You might see people doing them on the stairs if you workout at a commercial gym, but I’m not a big fan because the walk down is a little rough on the knees.

Once you get a handle on the Bruce Lee Lat Spread and fixing any excessive sway, try applying it to other movements.

I’d recommend trying it with Romanian Deadlifts and Goblet Squats next.

Give this a go and let me know how it works for you.