Five or six years ago my ego wrote a check that my body could not cash and it felt like my left knee exploded. It went from being kind of angry early in the day to being completely locked up by that evening. This had me scared me because I really thought I might have to have gotten surgery and there was no money for it.

Thankfully, fixing it didn’t require going under the knife for traditional surgery. Instead it called for, as my friend Robby Cload puts it, “topical surgery” or trigger point release therapy. Which is to say, putting a lot of very uncomfortable pressure on some very knotted up and painful muscles in order to get them to release so that my knee would once again track correctly.

Putting that much pressure on really small areas does feel like surgery, but it’s absolutely worth it.

After a few sessions I was actually better off than when I started. My quads, calves, and hamstrings had all kinds of dysfunctional firing patterns that got fixed along the way as well.

So when I hear someone say that they’re just waiting out a sore knee or knotted up muscles, it drives me a little nutty. because oftentimes it’s a very simple fix.

You can go see Robby Cload at Equilibrium3 Massage, you can check out Mt. Lookout Chiropractic (several of my clients have talked them up quite a bit) and you can also do some very easy basic maintenance several times per week.

To get into some of the tougher knots, you’ll need to put more pressure on a smaller area than you can typically do with a foam roller. To do this you’ll need either a tennis ball or lacrosse ball. 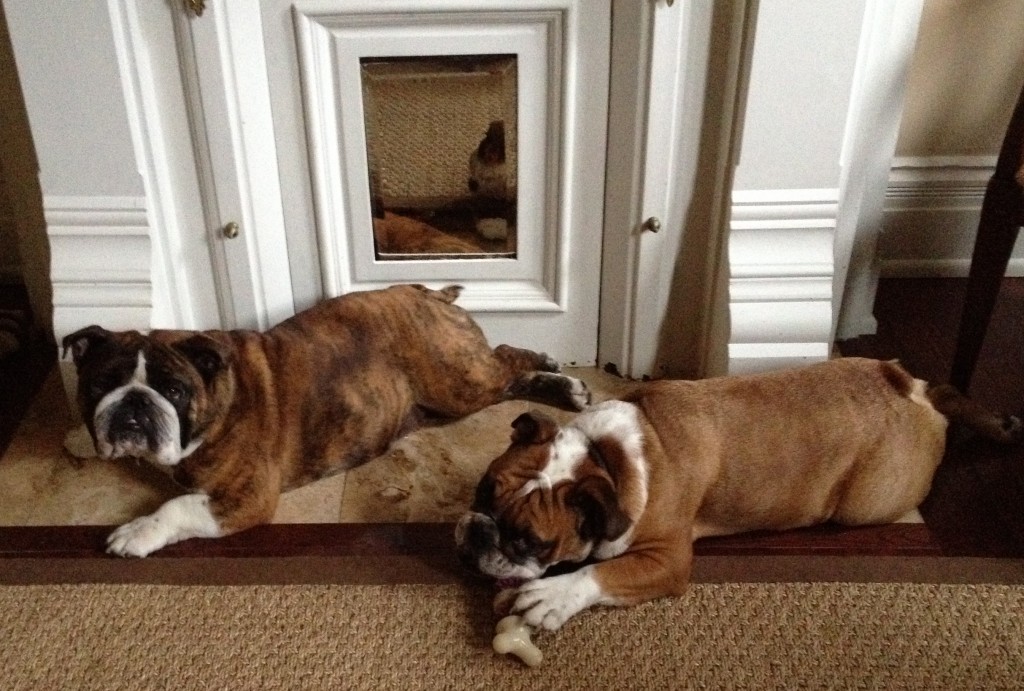 Just don’t do it with these guys around because they’ll think you want to play. Tracey’s kids, Hank and Louie love tennis balls.

Here’s a quick video for going over those trouble spots.

Get rolling so that you can keep training and playing hard!

This entry was posted in recovery. Bookmark the permalink.
Plugin for Social Media by Acurax Wordpress Design Studio
513FIT