For a long time I listened almost exclusively to a lot of people who were decidedly against doing extra conditioning work. Part of it was seeing that as soon as someone would identify as a runner or spin class or boot camp aficionado, seeing them run and spin and burpee to the detriment of their health and physique in the name of…wait for it…pursuing health and a better physique.

I’ve been through it as well. As a former college swimmer, I made cardio the main focus and ran myself into the ground for years, so I had strong feelings when I got more into strength training.

There’s also a very big undercurrent that more is better and that any time not spent training is time not progressing towards your goals.

If you feel tired and run down, then don’t train. You need to recover!

But if it’s that peevishness that creeps in when you’ve been sitting too much for too long, then it’s probably time to get moving. It would probably be a good idea to start with walking more.

Before we go too far along, I’d like to unpack a few things.

I’m talking about using different levels of heart rate work for overall health and to open up options and staying healthy and capable as time goes on.

If you only have time for two or three workouts per week, you can change your physique and health for the better just with diet and strength training. The calories burned in a strength training session will be lower, but the work will stimulate the body to rebuild muscle and draw upon stored fat to do so, making it a much higher ROI activity.

Because those efforts are so demanding and take a lot to recover from, those can only happen a couple of times per week, but they will have a disproportionate benefit.

Those efforts will also strengthen the heart, so it also provides considerable crossover benefits in that regard as well.

The heart will adapt to have more strength per pump as the main adaptation to the work, but that’s only part of the equation. The other part is getting the heart to put out more volume per stroke.

Now, if you’re just getting started, then I’d suggest starting with walking. Go at a brisk pace that would be about the same cadence as the theme to The Great Escape or The Colonel Bogey March.

Play it by ear. Go out for half an hour to an hour. It should feel good, it should be an effort, but don’t make it a suffer-fest.

You can stack the benefits by walking outside, especially on tree lined streets or at the park, and without electronic distractions or sunglasses. If fat loss is a priority, then under dressing for the cold is an easy way to passively get a greater calorie burn per session. Plus, it builds character.

Speed as the Key for Health and Endurance

I’ve had a lot conversations with people who train regularly who say the same thing: I can’t run very far without getting winded, therefore I hate running or any form of conditioning.

This has stuck with me because it’s an important thing that needs to be addressed.

For years it was drilled into me that intervals were where you did as hard of a pace as you could and took brief rests to allow you to continue to work at that high level of intensity. Intervals, done that way, are supposed to be extremely hard work and unpleasant.

I’ve tested and now believe in a completely different approach.

This is not a suffer-fest. You put out a high effort for a few seconds, and then spend enough time recovering so that you can go again without it being too difficult.

I call it Easy Speed. You get enough work at pace to work on speed, but you stop before it becomes stressful and then allow yourself to recover. If you’re used to going as hard as you can as long as you can, then this approach might feel too easy or lazy.

Get used to it. You’ll get fitter and able to handle more as time goes on. Don’t try to force it.

This might be you: Despite a decent level of fitness, as soon as you try to jog, even at an easy pace, it quickly becomes miserable. In the past, you might have just dealt with it because that’s what everyone else does. That’s slogging and you want to avoid it.

This is where Easy Speed comes in.

If running is not a thing for you right now, then if you have a stationary bike and it’s easy to adjust the resistance up or down, then go hard for 20(ish) seconds and then cycle easily for however long it takes for your heart rate to come down and repeat that for about half an hour to 40 minutes.

If running won’t beat you up, then go for it. Otherwise, stick with the walking or cycling and when appropriate start including running drills (preparation exercises) like the Hundred Up. (Note that the arms stay bent at 90 degrees and are driven at the shoulders, not by bending or straightening the elbows as if you were drumming.)

If there’s a soccer field near you, then run fifty yards. Build to speed, don’t blow out a hamstring trying to take off at a full sprint. Walk back and forth for 100 to 200 yards until your heart rate comes down. Continue that for 30 to 40 minutes.

Go again when your heart rate has dropped and you can go again without it being overly stressful.

If you have the option and you’re just getting started, run up a hill, then walk 100 to 200 yards, and go again. You’ll be less likely to pull a hamstring and it will be even less impact on your joints.

Obviously, over time your speed and ability to handle distance will improve. Only increase one variable at a time.

I’ve recently put that into my own routine and it’s the first time that any sort of conditioning work has felt good in decades. In fact, I got away from almost any conditioning work harder than walking or rucking because the downsides outweighed any benefits.

There’s scientific evidence to back it up – sprinting while allowing for adequate recovery will improve your mitochondrial health. That means more energy and a longer health span where you feel good most of the time.

Medium training – slogging it out at a fairly high heart rate for prolonged bouts can cause damage to the mitochondria. Have fun, break a sweat, mix up the pace, but don’t go all out for an hour.

Most of us can handle more walking every day. There’s no need to make a big production around it.

In class, if there’s a recovery station, recover! Let your heart rate come back down.

If you train three times per week in class, then consider adding one Easy Speed workout per week.

If you train twice per week, more often than not, I’d say to add a third muscle building workout and one easy speed workout.

This January in addition to in person classes, I’m opening the doors to my online training. If you’re ready, then email me at 513fit@gmail.com with Online Training in the subject line to get started! 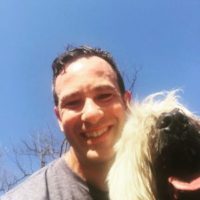